Stop settling for less than you want and deserve

Home/Dating/Stop settling for less than you want and deserve 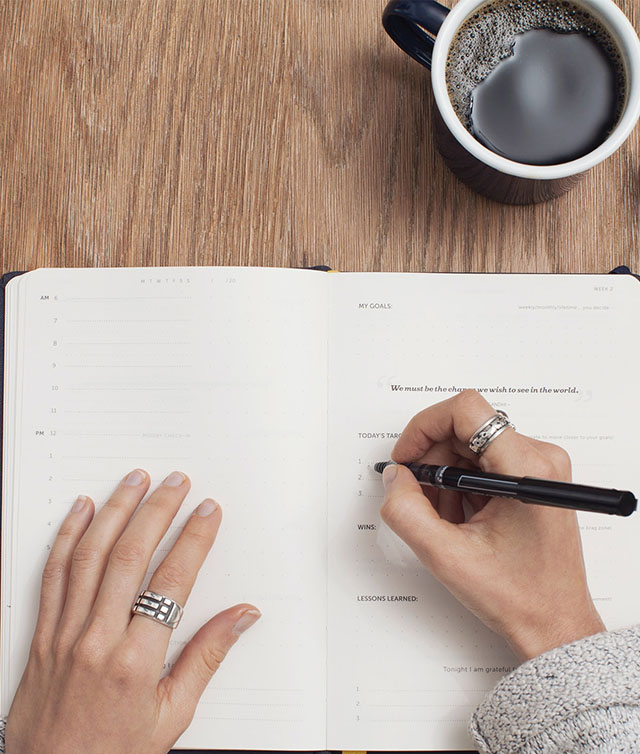 Stop settling for less than you want and deserve

Sometime before I met my “manfriend” (“boyfriend” doesn’t seem right past a certain age), I had a realization. I was doing an exercise that my coach had asked me to do: to list my top five deal-breakers when considering potential romantic partners. These would be the values that I wanted my partner and myself to share, and if any potential suitor didn’t meet them, it would mean that they were deal-breakers for me. I was limited to only five things on my list of what I was looking for—otherwise I was being too picky and close-minded.

So, after careful consideration, I created my list of deal-breakers. My values were: (1) someone who is thoughtful, considerate, and has integrity; (2) someone who is curious, a life-long learner, and continuously strives for self-improvement; (3) someone who is healthy in their food choices, exercise habits, and spirituality; (4) someone whose idea of fun includes being social, wanting to go out to dinner and drinks at least once a week for date night, and enjoys having cultural experiences in the city; and lastly, (5) someone who is willing to travel with me internationally to discover new parts of the world.

And, of course, everyone’s definition of what constitutes “thoughtful and considerate,” or “healthy,” or any other value is different for everyone, so I became very clear on what each of these meant for me, and where my deal-breakers would lie in those areas.

And then it dawned on me. I realized that many of the guys that I’ve pined for in my past, when measuring them up against my list now, didn’t even meet my top five criteria. Not even close to meeting them. Men who I desperately wanted to choose me, to commit to me, didn’t even meet my list of the simple things that I now considered my bare minimum to be a potential suitor. Interesting, I thought.

That really hit me, and I felt a bit pathetic. I’d put these men up on such a pedestal, and they didn’t even meet seemingly basic criteria, such as being thoughtful and considerate on a consistent basis, or having integrity, meaning that their words didn’t match their actions, or that they really weren’t all that curious about the world or interested in learning more about themselves. They weren’t self-aware, and they didn’t demonstrate that they really wanted to grow as a person. And I’m a coach! Personal development is my thing. And yet I wanted them. Why was that? Talk about settling for less than I deserved and being wanted by people not at all compatible with me, just because I wanted to feel wanted. Chosen by someone who hooked me because they were emotionally unavailable, and maybe on some unconscious level I thought that if I was the one to get them to finally change, and that they chose me, then I would finally be worthy and good enough.

My real measure of worthiness, I realized, was my behavior. My tolerance of this unavailable and inconsistent behavior, and lack of clear values—from my potential suitors or more generally, my life—was the culprit, and explains why I was ending up with the men I was ending up with at the time.

So, I chose to up-level my worthiness. From then on, I would continue to date while also diligently gathering data and information about these men until I really knew whether or not they met my deal-breakers (through consistent action—not just with words) before I would decide if they were worthy of my interest, time, and, later, my commitment. And voila: men more closely resembling my ideal guy started appearing out of nowhere.

That’s the funny thing about life. Once you start putting a certain energy out into the world, it starts being reflected back to you as well. The emotionally unavailable men with slippery values and behaviors seemed to begin to rule themselves out, and I started to be attracted to them less and less, finally being able to see clearly who they were (and who they weren’t). And then the men who met my criteria (and then some!) started magically showing up in my feed more and more, and catching my eye more and more, too. And then my dating queue suddenly started filling itself up with high-quality guy after high-quality guy.

Self-worth translated into others treating me in accordance with my worth as well. Not only that, but the more boundaries that I established as I got to know a particular guy, and the more I shared with him about what I was looking for, the more he would seem to try harder to impress me and earn my trust and admiration. I think there was also finally a certain confidence that I portrayed in terms of who I was and knowing what I wanted that also made me more attractive, because they were quality people who were also unwilling to settle until they found their own quality woman as well.

It was a breath of fresh air, for sure. The drama of putting up with men who didn’t have the kind of integrity and values I was looking for was exhausting, like an endless roller-coaster ride whose excitement had diminished way past its expiration date.

Finally getting over my tired bullshit so that I could demand more for myself took a while, though. Let’s be honest about that. It was hard work, because first I had to uncover what my unconscious self-sabotaging behaviors were before I could begin to work on them. But after I figured out what those behaviors were, getting out of my own damn way was actually pretty simple. And using those five deal-breakers as a compass was one of my favorite and most effective tools that I used to carve my path toward a more authentic and fulfilling dating life.

I still use this tool for any important life decision—not just in my love life. I use it when considering a new role at work, considering a new trainer, you name it. I always ask myself whether or not it’s consistent with my values (which of course have changed over time).

This framework is embedded in my coaching philosophy as well. I once had a client who was going back to online dating after breaking up with her “on-again off-again” boyfriend of a few years, and she was afraid of how a high-quality guy might perceive her current situation. She had made the decision to move back in with her parents on a temporary basis while she launched her own business and saved up to buy a place for her and her son. And she was afraid of how men might perceive her, as a woman in her thirties living back home. So, I asked her, “What are the qualities and values of your ideal guy?”

I remember at least two of those “deal-breakers” being that they were ambitious individuals with an entrepreneurial spirit like she had, and that they made financially healthy decisions. I said to her, “Let’s say you meet a guy who has all of those qualities. What do you think they would say about you living at home?” And she responded, “Oh, they wouldn’t care, because they would support my dream and think that I was being smart by saving up.” And I replied by saying, “Yep! So, what are we concerned about again? The opinions of men who clearly aren’t for you?” I think her response was something along the lines of, “Oh. Shit.” And yet, in dating, this self-doubt rears its ugly head all the time, whether conscious or not.

If you’d like to work with me and decipher what you might be doing either consciously or unconsciously that’s getting in the way of finding your true and authentic match, schedule a consult with me to see if the Most Authentic You Dating Program is right for you. Let’s get you out of your own way and into your epic love story as soon as possible!