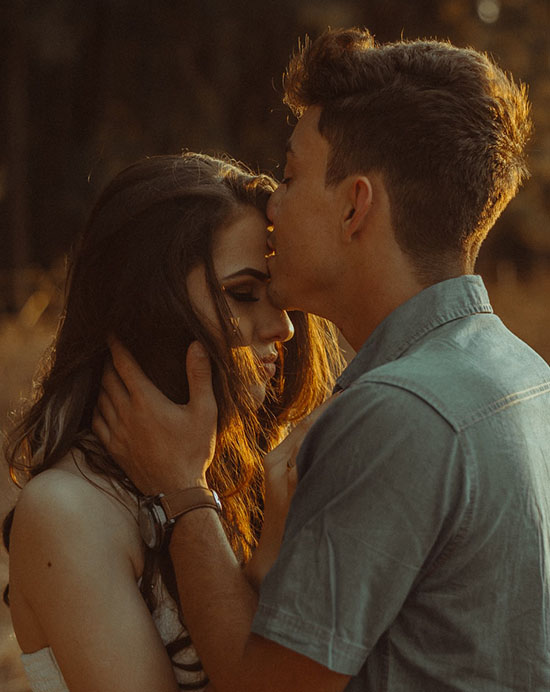 When resolving conflict in a relationship, the Gottman Institute references four “no-no’s” for love and war: The Four Horsemen and even goes as far to say that these four traits, if consistently exhibited when partners argue, indicate higher probabilities of divorce (and the Gottmans have a high success rate when it comes to divorce predictions, as Dr. John Gottman has been touted as “the guy that can predict divorce with over 90% accuracy”).

In order to be able to “play fair” and resolve conflict with a healthy communication style that doesn’t deteriorate but instead actually strengthens the partnership, then these should be avoided.

Further, Gottman states that 69% of issues in a marriage are unresolvable. In other words, they are inevitably going to be perpetual problems that we’ll have to work through and deal with for the rest of the relationship. So, if any of these mean that we’re going to have to bicker every once in a while, we might as well do it right.

The first of the Four Horsemen is criticism. This is different from a critique or a complaint that you might receive or give to your partner. A critique relates to a person’s behavior. The criticism referred to here is when someone makes an attack on your character, and who you are at your core. It can show up in “you statements” (e.g., “you always…”  or “you never…”). See an example of the difference between a complaint and being critical below:

Complaint: “I’m sad that you have an outing for work this weekend. I was looking forward to us spending time together, and I thought we had agreed that you would let me know ahead of time when you had work obligations on the weekends.”

Criticism: “You never think about how your actions affect me. You didn’t forget to tell me—you’re just selfish and you only care about yourself. You always do this kind of stuff!”

While many of us have fallen victim to using criticism at one time or another, the problem is that it can be a slippery slope for some, meaning that things can escalate quickly and pave the way for the use of more dangerous Horsemen below.

Criticism can lead to contempt, which is the nastiest of the Four Horsemen and the highest predictor of divorce. Contempt can show up in many ways, including sarcasm, mocking, name-calling, ridicule, cynicism, eye-rolling, hostile humor, and disdain. Contempt is essentially anything that portrays a sense of superiority over the other person, and not only feels like they are putting you down, but actually looking down on you, too. Like you’re less than, like you’re unworthy. It says “I’m better than you” and “I don’t respect you.”

Contempt example 1: “I can’t believe you would say something like that in front of my parents. Who raised you? You embarrass me with this shit all the time. It’s like you’re a child. Use your brain, for Christ’s sake. I’m beginning to question whether you have any good instincts at all.”

Contempt example 2: [Eye roll] “Can we please cut it out with the drama tonight? It wasn’t that bad. You’re overreacting, and honestly, this is turning me off. No woman cares about this stuff but you.”

The disrespect shown through contempt breaks down the bond and connection in the relationship. Why would you want to connect with someone who doesn’t respect you? It has to go.

Defensiveness is usually a response to criticism or contempt. It can look like playing the innocent victim, making excuses, rationalizing our behavior, or turning things around on the other person. While it’s understandable to want to act defensive when you feel like you’re being attacked, acting in a defensive way likely won’t have the desired effect that you’re aiming for, and isn’t a strategy for healthy conflict resolution.

Being defensive can communicate that you aren’t taking the other person’s concern seriously, and aren’t willing to take responsibility for your actions. Creating a response that isn’t defensive, on the other hand, can communicate ownership of the situation, an understanding of your partner’s concerns, and can lead much more successfully to resolution.

Prompting statement: “Did you forget to make the restaurant reservation again today?”

Defensive response: “Babe, you know how busy I am at work right now. I don’t even know why this should be my responsibility. We both know you have way more free time during the day. You just told me you met Katie at Starbucks.”

Non-defensive response: “Oops! I completely forgot again. Would it be okay if I did it tonight?”

The fourth and final Horseman is stonewalling. This can be a common response to contempt, but can also appear in other ways. Stonewalling stems from feeling flooded with emotions, which causes us to shut down, tune out, and stop engaging completely. It might look like turning away, turning your attention to your phone or the TV, walking away, or simply seem like you’ve stopped talking, responding, or even listening.

When we’re flooded and we stonewall, it can indicate that we aren’t in the right state of mind to have a productive conversation. Feelings might have become too much, or too scary, and we simply check out. While it appears that we’ve simply lost interest, inside we are likely panicking and saying something to the effect of, “How do I make this stop?”

One tactic is letting your partner know that you’ve become flooded, and that you need to take a breather. Do something mindless for 20 minutes to calm down your nervous system (e.g., watch a rerun, take a walk, flip through a magazine), and then return to the conversation when you feel ready to engage again.

One solution to the Four Horsemen is establishing a common language in a partnership, meaning that you educate yourselves on the Four Horsemen and have an understanding that you will both attempt to avoid these behaviors—and if they do show up, promising each other to gently point it out so that you can work through it together.

For example, you can turn to your partner in the middle of an argument and say, “I’m experiencing you as being defensive,” or “I’m feeling criticized.” That moment creates an opportunity for the other person to approach the conversation differently in order to obtain a more productive outcome. It also works when revisiting a past conversation as well. You can ask for permission to make an observation, and then communicate the fact that you noticed they were being defensive, for instance.

Of course, this only works if both people in the relationship are committed to improving the couple’s conflict resolution style and to working as a team, and have both agreed to eliminating the Four Horsemen in the first place.

And as with everything, this takes practice. When people grow attached to certain ways of resolving their issues and tackling uncomfortable emotions, those attachments can take time to let go of.

Furthermore, when exhibiting the most dangerous of the Four Horsemen—contempt—it usually means that there’s something else going on other than what is actually being argued about, meaning that there’s likely a trigger that has been provoked, which stems from something in the past. This could be in the form of an inner child or a limiting belief that was created in order to protect that person from some negative feeling or experience that occurred earlier in their life that needs resolving. So, if contemptuous behaviors rear their ugly heads, it’s going to take some introspection, awareness, and ownership from that individual to work through their stuff, in order to break through.

The Gottman Institute states that the antidote to contemptuous behavior and finding your way back to your partner is fondness and admiration. Try focusing on what’s right in the relationship, rather than what’s wrong. Remind each other of how you met, relive some fun memories from the past, and focus on the traits that made you fall for the other person in the first place.